Parents who regret having children 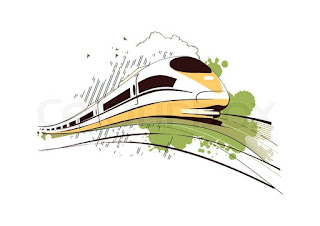 'I was reading this article on the train and my son kept looking over my shoulder - is it true Mum? Do some parents regret having children?' - Mother of a 12 year old in London

I was talking to some mothers I know about this article Breaking the Taboo: Parents Who Regret Having Children which was published in the Guardian weekend section a couple of weeks ago.  I've been meaning to blog about it earlier but life has got in the way.  And, I've been wondering how to blog about an issue which I'm sure worries many of my readers to this blog.  What if they decide to have children and regret it?

The issue that the article raises is at the heart of many of the conversations I have with women (and some men) who are considering whether they want to have children or not.    The parents represented in this article do represent what to many of my clients is their biggest fear - that they might decide to have a children and regret it.   And yet, what was telling in the article was that many of the the parents said that they still loved their children - the regret was often about aspects of motherhood or loss of their identity.

Corinne Maier sends me a long, precise email. She agrees that it’s taken for granted that children make their parents’ lives complete. It’s her job as a writer, she says, to fight the “It’s obvious…” ideas such as, “It’s obvious that my child is the most important thing. I have never said that I do not like motherhood at all; it is just that I sometimes regret having children. That’s enough to trigger a worldwide controversy. A thing a woman cannot say, apparently.” She sees a mismatch between the increased freedom that women enjoy and what she sees as the increased pressure on them to be “good” mothers.

One of the other interesting things about the article is that a common theme experience between most of the women which was tension between the ideal of motherhood as being the ultimate fulfilment and the reality that having children often is not the thing that makes your life 'complete'. This chimes with much of what I do with clients - which is to find out what their values are, what they feel is their purpose, what they are meant to bring into the world.   Because while having children can certainly give you a focus, it isn't the same thing as giving you a purpose or total fulfilment.

I think the more we realise that parenthood is filled with ambivalence the more we can have honest conversations about motherhood.  Parenthood can feel like an unstoppable train that you can't get off us and that might take us to a strange and unwelcome destination.    It might not be the train journey for us - we might want to embrace another journey.

So how did my friend answer her 12 year old's question that I mentioned at the beginning of this blog?  She said 'You know, yes, there are some things I regret and miss from my life before children but as you get older, I can see that I'll be getting some of that old life back  and you'll now be a part of that too.'

Email ThisBlogThis!Share to TwitterShare to FacebookShare to Pinterest
Labels: Being Childfree, childfree, Making the decision to have children or not

It won't always be that way 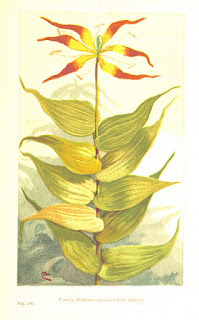 Post-natal depression affects up to 10% of women so the chances are that you won't experience full-blown post-natal depression.  I came across this excellent first person report from a woman who discusses her experience post birth.   A Zen Yoga Teacher Gets Real about PostPartum Depression

In this article, that describes an experience of post-natal depression, the author describes some of the experience that many women have after the birth of their child.  The challenge to your identity and the shock that motherhood brings.  Says the author Rachel Meyer,

'I mourned every aspect of life that had disappeared overnight: urbanity and autonomy, cocktails and solitude. Sleep. Teaching. Quiet mornings reading the news over coffee. My sanity-sustaining asana practice, the long creative hours alone, my previous monastic-ascetic writer’s life. The freedom to shower, to brush my teeth, to leave the house.'

I believe that this mourning is often part of having a child and becoming a mother - and it can be a shock, particularly when, as the author points out, you weren't expecting it.

'I was a yoga teacher. I was supposed to weather the storms of parenthood with grace: be positive and perky, measured and resilient, lose the baby weight in a flash, thrive on green juice and quinoa whilst wearing my baby like a kangaroo.'

Yet, what is important to know is that this isn't a state that will last for ever, it is impermanent.   I often work with my clients on helping them access their sense of trust and intuition that they can whether difficult times, even if they do not know what it may be like.   For Meyer, the phrase 'It won't always be that way'  helped her though her post natal depression, allowing her to know that there would be a next stage in her journey once she got through this difficult and stressful period.  This is something that can provide us with reassurance - knowing that even if we are feeling down and worried, that it will not last and that we can move through this.  When we have a sense of this possibility, it can make the decision to have children much less difficult.