Tracey Emin on being childfree

Tracey Emin talks about being childfree in this article published yesterday in the Guardian.

When should I 'let go' of the idea of having children?

This is a very difficult decision for women who do or have wanted children but aren't able to go forward because something is in the way.  Maybe they are with a partner who really doesn't want children.  That is a very strong sub-category of women who come to me for coaching.

And at some point,  as a coach, I might help the client explore the idea of letting go.

Why? you may be asking.  As a life coach, surely it is my job to help clients go for what they want - despite the barriers.  But, as this article in the Huffington Post points out, sometimes it's more helpful to look at letting go.

It's my belief that often when we let go of something we have been holding on to (but something which hasn't manifested in reality) we can make room for something new to come in.  We can go about creating something new and exciting.  So when should you let go of the idea of having children?  There is no definative answer to that.  But if you feel you have exhausted your options (for example, if your partner definately doesn't want kids, won't be moved and you don't want to leave him), maybe explore the idea of letting go.
Posted by Beth at 13:08 2 comments:

Email ThisBlogThis!Share to TwitterShare to FacebookShare to Pinterest
Labels: I want a baby/child but my partner doesn't, I want kids but my husband doesn't 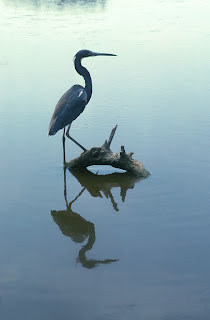 I just saw this fantastic article on-line entitled It's Not That I Don't Want Children, Exactly

It very beautifully describes the process that many of my clients experience. Many clients, like the author, say that they can't believe that they do not know what they want to do!  And I thought many of the comments very interesting - reflecting many sides of the issue.

I think what can help is to find ways to step back from the issue and examine it from different perspectives.  This could be through journaling, visioning, and of course through coaching!

Sometimes it might mean, as the author points out, just listening for the answer to come through.  Other times, you may need to 'jump' into one option or the other - make a firm committment to one option and let the other go.
Posted by Beth at 12:50 No comments:

Email ThisBlogThis!Share to TwitterShare to FacebookShare to Pinterest
Labels: making the decision whether to have children or not
Newer Posts Older Posts Home
Subscribe to: Posts (Atom)