Number of childfree women has doubled within a generation 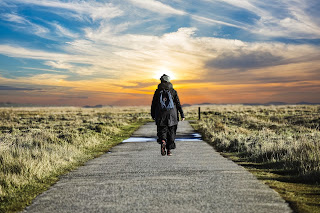 Figures released this week show that the number of women who have never had children has doubled within a generation.  While this may seem like a surprise to others, this does not surprise me, judging my the numbers of women who have been approaching me for coaching on whether to have a child or not over the last ten years.

"While the two child family remains the most common family type in England and Wales, with 37 per cent of women born in 1971 having two children, the prevalence is below the peak of 44 per cent for the 1950 cohort.

"Families with no children or families with one child were the next most common for women born in 1971 at 18 per cent each.

The ONS report tracks women born in each year to examine how many children they have and when.

It also found that women have become more likely in recent years to have had a child before they turn 30.   While the average age of childbearing has increased, women born in 1987 were slightly less likely to be childless at 30 than those born the year before. '   (From the Telegraph )

I was asked today by a radio interviewer why I thought this was? My reply is that I don't think there is one answer to the question.

I do think we have had a major sea-change within a generation in our choices around women's choices and the shape of our families.  It's no longer a given that women must have children and couples who decide not to have children are not so very unusual.   This has allow for many more people to see being child-free as a valid choice.    However, there is still pressure from society and families to have children and when I'm working with a woman who does feel she wishes to be child-free, we will explore and look at how she can deal with this pressure.

The reality is that even in 2017, it isn't easy to be a working mother.  Many of the clients I do work with report that they see their colleagues with children struggling with child-care and all the other responsibilities that working mothers face on a daily basis.

Perhaps if our government and society made it easier for working mothers, the choice wouldn't be as difficult as it currently is?   In my next article, I'll be looking at the birth rate in countries like Norway and Iceland where government support towards working mothers is much higher.
Posted by Beth at 10:04 No comments:

The Culture of The Family

As most of my readers will know, the making the decision whether to have children or not, is a difficult one.  And, it can be even more complicated and stressful if the culture you grew up revolves around family.

I was interested to read this article Childless in a Houseful of Children in the New York Times from a woman who is actually based here in London.

My childlessness in a family full of offspring would be poignant, tragic even, were it not by choice. I alone among eight siblings have decided not to breed — a choice that baffles and mystifies everyone in a family as fertile as mine.

My Bangladeshi heritage doesn’t help matters. With values more suited to Victorian England, my parents raised me with one overarching objective: to marry well and raise a family. Shirking this responsibility is an aberration in our culture that tends to provoke questions.

I have worked with clients from different cultures including clients from India, Italy and from small town USA, where the concept of choosing not to have children is not understood and often looked down upon.     Often people have been brought up with cautionary tales about maiden aunts 'Poor Aunt Mary.... she never had children and lived and died alone.'   Unpacking these family stories reveals some new truths.

'I had been brought up to think that my Aunt had a lonely life with her flat in the City and always travelling alone. Now I'm looking at her life and thinking 'Wow, what adventures she had, what an amazing woman!'  an interviewee for my book Baby or Not

In coaching, we can begin to re-examine and 'unpack' these old family stories and beliefs that we have inherited.  One of the best coaching exercises for this is to look at the topic from different perspectives or mind-sets.   When clients do this, they often (like the interviewee above) find themselves challenging old beliefs.

What's is the family belief that you need to challenge?