Doubt & the baby decision: Learning to trust ourselves 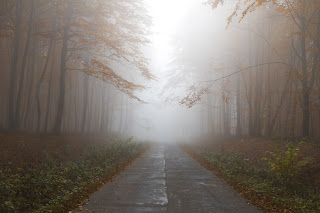 'I'm always doubting myself.  Every day I have contradictory questions and worries.  Would I be a good mother? Could I be happy without children? What if I make a terrible decision and regret my decision?'

Many people trying to make the 'baby decision' feel racked with doubt.  Many of my clients tell me that they constantly question themselves and feel that they have lost the ability to trust any decision they could make.   This leads to a huge worry that their decision - whatever they decide - would end up in disaster.

Articles such as The Confidence Gap  in The Atlantic Magazine written by the authors of  the book Womenecomics point to the fact that women in the workplace often lack confidence and doubt their abilities daily in the world of work.

The shortage of female confidence is increasingly well quantified and well documented. In 2011, the Institute of Leadership and Management, in the United Kingdom, surveyed British managers about how confident they feel in their professions. Half the female respondents reported self-doubt about their job performance and careers, compared with fewer than a third of male respondents....We also began to see that a lack of confidence informs a number of familiar female habits. Take the penchant many women have for assuming the blame when things go wrong, while crediting circumstance—or other people—for their successes. (Men seem to do the opposite.) David Dunning, the Cornell psychologist, offered the following case in point: In Cornell’s math Ph.D. program, he’s observed, there’s a particular course during which the going inevitably gets tough. Dunning has noticed that male students typically recognize the hurdle for what it is, and respond to their lower grades by saying, “Wow, this is a tough class.” That’s what’s known as external attribution, and in a situation like this, it’s usually a healthy sign of resilience. Women tend to respond differently. When the course gets hard, Dunning told us, their reaction is more likely to be “You see, I knew I wasn’t good enough.” That’s internal attribution, and it can be debilitating.

As the article quoted above points out above, women have a tendency for assuming blame when things go wrong but at the same time, they credit circumstance for when things go right.  How does that work when thinking about the people making the decision to have children or not?  In my clients worse fears and fantasies, they put themselves fully as the person who could cause chaos by making the decision to either have or not have children.  But they rarely credit or see themselves as a person who can cope with challenges and deal with challenging or difficult situations that might occur in the future.

One woman might worry that not having children would meant that she might end up lonely, not trusting that she has the ability to create a rich and vibrant life that was different than others.    Another woman might be anxious and doubt her ability to be a good mother.  She may imagine that she could probably has some innate flaw that would also impact the life of her child.

So how can we learn to trust ourselves - trust our ability to make this decision now AND trust that in the future we will to be able to cope, be resilient and deal with any challenges that we might face, no matter what choice we make?

I encourage all my clients to find different ways to do this.    One  method I often use through using a creative visualisation.  I ask clients to shut their eyes and focus their awareness on their breathing.  After 5 minutes relaxation, I ask clients where trust lives in their body and what it looks like?  Is it small? Is it hidden?  Some clients see it as a ball of energy or light, some have seen it as a plant or other image.  Usually it's smaller and seems fragile.  I then ask clients to visualise doing something that nurtures trust.  What is does it feel like when trust expands throughout their body?

I ask clients to connect with this feeling throughout the week before we meet again.  Generally clients feel more relaxed, confident and more able to access that feeling of trust that they can cope and that they can deal with any challenges that will occur.