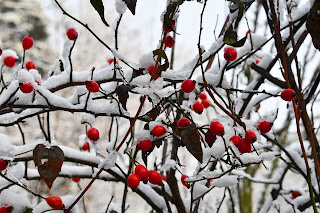 Throughout this year,  I've written an occasional series on this blog on the lessons that I have learnt in over a decade of coaching people who are struggling with questions such as:


If you aren't in this position, it can be difficult to understand why people struggle so much with these questions.   But if you are ambivalent with the idea of motherhood, there are many underlying reasons why you will feel so stuck.

One of the main factors I've come to realise is fundamental to many of my clients is the pressure that they feel to conform to society norms - both of gender norms of what it means to be a women and how we should live as adults.

'We are still expected to conform' said one client to me one day.  She had been struggling with the decision of whether to have children for several years before coming to see me.  We were looking at her feelings that she would be inadequate as a woman if she didn't have children.   And it became clear that she had 'absorbed' many of messages and beliefs from society, her family and community.

Many of us unconsciously absorb beliefs that aren't ours.  It's how we as humans become socialised.  Socialisation isn't all bad - it's how we learnt right from wrong.  We learnt about taking turns, being polite, how to negotiate the world.   But sometimes, it isn't until we go to another culture that we realise that our beliefs which we have taken for granted are not shared everywhere and importantly, they are not innate.

Looking at a simple example of lining (or queueing) for a bus or at a take away.  When I first came to the UK, I wasn't very aware of the British etiquette of queueing.  Now, after 30 years in the UK, I find myself feeling mildly uncomfortable when I'm in another country and the British rules of queueing are not observed or if I can't work out where the line is and who is next.

'It's only the British that have such a strict approach to lines Beth.' my German friend said after observing me stress out when people at the bus station in Spain seemed to be randomly approaching the ticket seller.  'In many countries, people take the attitude that when there is a 'gap' that needs filling, we move in.' she explained.

I realised that I had become socialised into the British way of lining up (or queueing).

When it comes to expectations of having children and motherhood, then the beliefs are harder to identify because, we seem to have progressed a great deal from the 1950's were stereotypical images of woman and motherhood were more explicit.   Advertising has moved on since the days of 'Mad Men'

And yet,  many of my coaching clients say that they feel underlying pressure to conform to a vision of womanhood that involves being a mother.    This pressure contributes to the ambivalence towards having children that many of my clients feel.   Why would anyone want to have children just because they feel pressure to do so?   But.... if it was only pressure that my clients were feeling, then they wouldn't be feeling stuck.  I've spoken to child free women who are aware of society expectations but don't feel any pressure because they don't feel any ambivalence - they know they don't want children.

But you are already feeling ambivalence around having kids, feeling the pressure to conform and make the decision doesn't help.   It can cause you to be stuck and paralysed.

When I work with clients, I help people step back and separate out the beliefs that they might have inherited from their beliefs and feelings.  Then we can look at what we really want and at questions like how could I be a mother and not conform to stereotypical images of motherhood? If I didn't have a child, how I can I keep shaking off the stereotypes of what is expected of me?  Whether we have children or not, we don't have to conform to narrow beliefs of what it means to be a woman or a mother.

How I (finally) made the decision 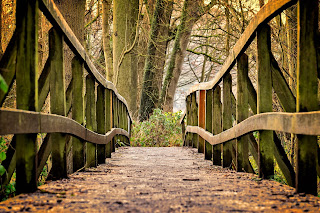 I was never someone who grown up seeing myself as having children someday.  I had been a shy and awkward child and teenager and while I always had friends, I never had a boy or girlfriend. I think that I found it difficult to imagine myself in a romantic relationship and being a mother. In university, I started to address some of my issues and began to … finally … feel at home in my own skin.  I had a couple of non-serious relationships before meeting my current partner of 19 years when I was 29 years old.

There is a significant age gap between us and he already had a 18 year old son.  Soon after we started the relationship, he said although he wasn’t keen on having children, he would revise this decision if I really wanted children.  ‘Oh no.’ I said.  ‘I definitely don’t want children.’ That was true for me at the time.

Time went on and, after a few years past,  I spent a week vacation with my cousin and his three children.  It was chaos but fun and something in me was triggered.  ‘Actually’ I thought ‘having children might not be so bad and maybe, I might want to be a Mom’

I was completely shocked by this.  For months, I kept this to myself, not sure if it was a fleeting desire or something more solid.  Finally, I brought it to my partner, who understandably was not thrilled.  For the next year, we discussed the issues with my partner putting all the arguments against having children but my feelings about having a child grew stronger and stronger.

As this was in the day before Google (it’s hard to imagine!) I turned to bookstores and libraries for help but nothing seemed relevant to me.  All the resources were polarised – either aimed at mother or those that were trying to get pregnant.  OR, there were books aimed at the determined childfree.  Nothing seemed to be relevant to me or someone in my situation who was just unsure.

I knew that there were many practical reasons to not have children which included:


Yet, I felt that I couldn’t ignore this tugging string of desire.   I felt stuck between the rational beliefs of myself and the rational desire of my partner to not have a child VS this strange and unexplainable desire.  I knew and felt that I would be fine if I didn’t have a child – I knew that I would have a full life without children but I kept finding my emotions returning again and again to thoughts of having children.

So how did I escape from this trap to DECIDE that I did want children after all?

I decided I needed to make the leap and, as corny as this might sound, listen to my heart. I decided that as much as I had worries and doubts, my emotions were becoming so strong that I needed to listen to those feelings and desires above all.    As soon as I made the decision and put my case to my partner, he came on board and supported my decision and agreed to have a child with me.    After a couple of years of trying, we had our son.

I’m happy with my decision and haven’t looked back.  But equally, I strongly believe that if I had decided not to have children or if I couldn’t have had children, I would have been fine.  I would have led an equality fulfilled life but it would have been different.

Key to my being able to make this decision was being able to trust myself and trust that I could cope and make a good life.  That's what I want for all women - no matter what path they choose.