Selfish vs Selfless: Reframing the Way We Talk about Motherhood & Not Having Children 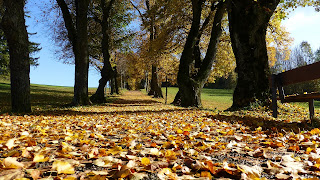 One of the curious and frustrating ways that the choice to have children or not is contextualised is through the lens of selfishness/selflessness.  I've had clients in tears because they have been told my unthinking friends or acquaintances that if they were to not have children, they would be selfish.

This few is often confirmed by society and leaders.  A few years ago, the Pope made a speech where he described people who didn't have children as a symptom of our selfish society saying:

“A society with a greedy generation, that doesn’t want to surround itself with children, that considers them above all worrisome, a weight, a risk, is a depressed society... The choice to not have children is selfish. Life rejuvenates and acquires energy when it multiplies: It is enriched, not impoverished.”

And for women considering motherhood, the image of the motherhood as sacrifice can be off-putting and burdensome.   Karen Rinaldi, in her opinion piece in the New York Times called Motherhood isn't sacrifice but selfish  aimed to debunk the myth of motherhood as a sacrifice.

'Motherhood is not a sacrifice, but a privilege — one that many of us choose selfishly. At its most atavistic, procreating ensures that our genes survive into the next generation. You could call this selfishness as biological imperative. On a personal level, when we bring into the world a being that is of us, someone we will protect and love and for whom we will do everything we can to help thrive and flourish, it begets the question, How is this selfless? Selflessness implies that we have no skin in the game. In motherhood, we’re all in.'

In many ways, it is helpful to embrace the notion of the choice to mother as being a selfish act.  I talk to many clients who feel critical of choosing to have children 'just' on their desire to have a child.  'But, it's selfish... how can I bring a child into the world when it's selfish.'    I always say that no one ... not even people who adopt or foster ... ever makes the decision to have a child for purely altruistic reasons.   I'm always saying to my clients 'It's ok to want to have a child because you desire it!'

Personally, I'd rather we not use terms selfish or selfless to describe our choices.  They are really loaded terms that imply judgements.   When we talk about wanting to be in a relationship or friendship, do we talk about our choice to have a partner or not as being a selfish choice .... or a selfless choice?  No.  We say we really desire a relationship or we want more friends.  Let's  find new ways to describe our choices of having or not having children -using more positive terms with less judgement.
Posted by Beth at 13:57 No comments:

Acceptance: Knowing When to Let Go 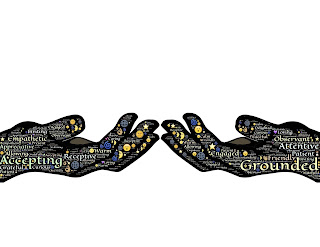 I'm very pleased to be speaking at the Annual Conference for Childless Women and Men happening in the UK on Saturday 14th October.  As I mentioned in my last blog post, many people who are childless by circumstance feel isolated.  This conference is a fantastic opportunity to come together with other childless people ... most of who will be childless not by choice and discuss their situation and challenges they share.

The topic of my interactive session at the conference will be on  'When to stop trying? Making the decision and accepting it.'

Over my time coaching women on this issue,  I've found that it can be very important to give some focus to letting go (or acceptance) to help some of my clients make the baby decision. I've found that this is particularly important for people that I work with who have been struggling with trying to decide whether to continue with more complex options to have children including fertility treatment, adoption or surrogacy - either with a partner or on their own.

Sometimes I've had clients who have said that they have invested so much time and money into pursing an option like IVF, they feel that if they give up, they are someone admitting that they made a mistake in the first place.  Other clients feel that if they don't pursue every option, (even if they are struggling with that option) then they might regret it when they are older.

But options like adoption or having a child with donor sperm as a single parent might not be the right choice for everyone.  It's ok to say 'You know what, I have wanted a child but... it's too much for me at this point in my life to embark on fertility treatment/adopt a child/consider having a baby on my own.'   And if you have spent money and time on fertility treatment, it's ok to 'draw a line in the sand'.
When we do this, we do have to confront our sadness and mourning of the end of a dream.  When we are continually looking and exploring options we can hold back that sadness.  Part of letting go dealing with our sadness and accepting that life has not turned out how we had hoped or desired.

I'll be exploring this at the conference in October as I do with clients and hope to take participants through one or two practical coaching exercises to help them explore whether they are ready to stop trying and, if they might be, how can they move forward towards a state of acceptance about this decision.
Posted by Beth at 17:08 No comments:

Email ThisBlogThis!Share to TwitterShare to FacebookShare to Pinterest
Labels: childfree, childless by circumstance

Looking after each other - Getting Older Without Children 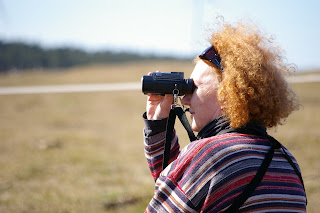 One of the common fears of my clients is that they will be lonely, un-cared for when they get older if they don't have children.   Getting older without children is a big concern for those people who don't have children - either by choice or by circumstance.   We live in a world which assumes that if you are older you will have children or younger relatives who will help you - take you to the doctor, ensure you take medicine, and generally keep an eye on you.  At the same time, society has become more fragmented and there is a sense that neighbours don't know each other as they used to. (However, this could be nostalgia)

According to recent research carried out by the Campaign to End Loneliness:

In the UK, an organisation was set up to address this issue.  Called Aging without Children, the group says that:

Our  aims are threefold:

Illuminate – to generate greater awareness and understanding of this segment of the older population and of the implications of ageing without children for public services and society more broadly.
Connect – to build networks, connecting and enabling locality-based and online communities of older people without children.
Innovate – through working in partnership and stimulating action by other entities, to facilitate the development and testing of new services and initiatives that meet the needs of older people without children – and, more broadly, of our ageing society.

Other groups of adults without children are getting together to address some of these issues in practical ways.   In the article While I'll be spending my golden years with my golden girls, Kiran Sidhu writes about her and her friends light-hearted plans to buy a house together to live in and support each other when they are older so they will never be lonely.

'My friends and I have come up with an alternative way to live out our golden years. When the time comes, we have decided that we will pool all our resources and buy a property that we will live in. According to Age UK, more than 2 million people in England over the age of 75 live alone, and more than a million older people say they go for more than a month without speaking to a friend, neighbour or family member. With our alternative old-age plan, we hope to avoid that loneliness. We will all live together and be each other’s carer and emotional companion.'

The Older Women's Housing CoHousing network saw the fruition of their dream realised this year when their co-housing project was built.  This was a great achievement and shows how a multi-generational community, a community where you will grow old with others of different ages, together.

Email ThisBlogThis!Share to TwitterShare to FacebookShare to Pinterest
Labels: will I regret not having children when I'm older
Newer Posts Older Posts Home
Subscribe to: Posts (Atom)