Co-parenting with a friend 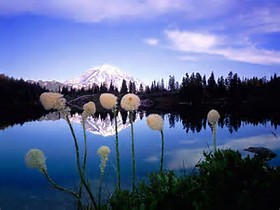 I often see a number number of women coming to see me who are  trying to decide whether they would want to have a baby as a single parent. Sometimes it can be because they haven't met the right person to have a child with or a long-term relationship has broken up.

This forces many of the women who come to me to look at the option of having a child on their own.  But this can be a daunting prospect.  The emotional and financial burden of being  a single parent can be of great concern to many of my clients.

Co-parenting can seem like a way forward - where the demands of parent hood can be shared.  I've had clients who have approached gay male friends to see if they would be interested in being the father of their child and take an equal role.  The benefit is of using a male friend is generally that there is easy access to sperm.

Interestingly, I didn't even explore the possibility of what having  joint co-parenting arrangement with a close female friend who you are not romantically involved with.  This is exactly what the women in this article did, becoming the first friends to have their parenting relationship legally recognised:

So is  'Is co-parenting the right choice for you?'
Yes if:

- You are looking for more than a sperm donor and want to have the
involvement of the another person - a female friend or male who you are not romantically involved with in your child’s life.

- It’s crucial to you to have the emotional involvement of another parent in
raising your child.

- You feel comfortable and happy with negotiating, compromising and
making decisions with someone else in regards to most aspects of your
child’s life.

The key thing to remember is that unlike donor insemination where the biological
father of your child will have no say or involvement in your child’s life growing up (at
18 years of age children conceived by donor insemination can legally now contact
the sperm donor).  In a legal co-parenting arrangement, the other parent (male or female) will be an equal parent and will be involved in your child’s life.    By law, they are legally the parent of your child and will be entitled to seek access and visitation. If you are choosing co-parenting, you are choosing to be ‘tied’ to your co-parent through your child for a very long time!

I have worked with clients who have decided that in the end, they feel that they would rather be the only parent and not have to deal with the potential entanglements that may come of a legal co parenting relationship.  But for others, the benefits of having another parent to share the load with has tipped the balance in favour of this unique approach to parenthod