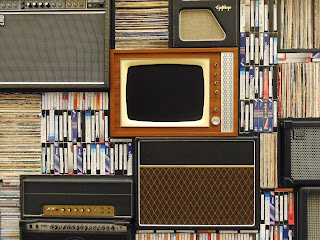 Finally - the issues of the 'baby decision' has reached the mainstream media! In the past few weeks, there have been not one but TWO TV programmes that have dealt with the issue of the choice women make to have children ... or not  not!  Kathy Burke's programme last night 'All Woman' explored the issue of motherhood and why some women choose motherhood or not.

When she was growing up, the implications was that you either 'had children or you had a career'.  Living in poverty, she knew that she didn't want that when she got older, so that influenced her decision not to have children.

She explains how that there was one time she felt broody .... and that was when she met someone that she really loved and felt that if 'I was going to have a child, this is who I would have a child with.'

She talks to women in different situations - from a woman who has decided to freeze her eggs to a woman who has just given birth.   After seeing the newborn baby girl on her mother's chest, she says 'We're celebrating a new woman being brought into the world!'

As she said several times during the documentary, 'I have never had any regret about not having children, I have never shed any tears.'

She speaks the truth about all the 'boxing in' that all the expectations that women and mothers face.  If a woman is a mother, it is assumed they will find work hard or impossible.  If a woman doesn't have children, it is assumed they are selfish and hate children.  As she continues to point out throughout the programme, women find themselves put into a box in a way that men aren't.

So many women, with so many individual experiences, finding that society wants to stuff them into the same box!  Thank goodness for women like Kathy Burke speaking out about the reality and diversity of women's lives.

A few weeks ago,  I Am Hannah, which is part of a trilogy of three hour long dramas focusing on three different women, each facing a personal challenge.  Hannah, played by Gemma Chan, is a woman in her 30's and she feeling weight of her family and wider expectations to have children.


When we first meet Hannah, she is about to go on a date.  Walking in the park and then sitting on a park bench, her date asks her whether it is her dream to be married to someone for 65 years.  'The idea of it is nice' she says unconvincingly. When he rings her after sex, saying that he would like to see her again, she looks blank.  On another date, the bloke asks whether she is thinking of marriage and settling down and Hannah hedges.


'You thought about kids?' he says


'I'm still trying to figure it out' answers Hannah.


Later on, she has a conversation with her mother who says 'Someday you are going to wake up and you will be 40 someday'.  Her mother says she doesn't want her daughter to be unhappy but wants her to experience happiness in a relationship.

She meets a friend with a baby and then when holding the baby, she feels a pang and gets tearful. You can tell that she feels the ambiguity about the decision - sometimes she relishes her freedom and then sometimes she is feeling that draw towards having a child.

In talking to a friend, Hannah talks about her fear of  'fucking it all up'.  She speaks to the reality that most of us are taught growing up that having a baby will be the worse thing in our life, that it will mess up our youth and career.... and then, all of a sudden, it seems like the opposite is true.  That we must have a child or our life will be a disaster.

She considers freezing her eggs, even though the doctor gently tells her the odds are low.  But after the initial investigation, the doctor says that it is unlikely they can harvest enough viable eggs.


At the end of the programme, she sees the nicer man she had dated at the beginning ... even though she does like him, she says that she needs to work this out on her own.


The drama ends with no easy resolution.


There is so much that I felt was powerful and wonderful about I Am Hannah.  The director and cast perfectly transmitted that nervous tension and anxiety that often women feel when they are in this dilemma.   And they perfectly captured the ambiguity that many women feel about having kids .... While some people always knew they wanted kids and some people know that they want to be child-free.  Hannah is like many people, part of her is not wanting but part of her wanting.... and those two parts are in conflict.  Gemma Chan talked about the importance of bring in this ambivalence to the drama in an interview with Elle Magazine, Gemma Chan: I Am Hannah


'I liked the idea of doing something about the pressure to become a mother and our attitudes towards it and he liked it too. I was keen to tell a story about a woman who a felt a bit more ambivalent about becoming a mother. She might like it, but she is not entirely sure and definitely doesn’t feel ready yet.'


It was exciting to finally see this topic represented so well and so beautifully on TV.  I hope that we will see more dramas that show the range of situations that women can be in and choices they can make.
Posted by Beth at 09:08 No comments: