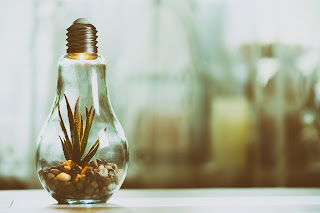 Over the years, I've written about egg freezing and whether this is a viable solution if you can't decide whether you would like children or not.  Recently, there has been a flurry of articles and TV shows which have addressed the issue of women who seek to freeze their eggs as an insurance policy.

I've been skeptical about whether this is really a good idea and I have written about this before here on my blog. (Is egg freezing the answer to the baby decision?)

Although I know that egg freezing has worked for some women, I tend to caution against 'kicking the can' down the road and delaying the baby decision by using egg freezing.   The procedure to collect and freeze eggs is both expensive and invasive and the science on how many successful pregnancies actually occur as a result is sketchy.  Indeed, the Ethics Committee of the American Society for Reproductive Medicine gave a warning that egg freezing may give women and couples false security about their ability to have children in the future.  In the briefing paper,  Planned oocyte cryopreservation for women seeking to preserve future reproductive potential: an Ethics Committee opinion, the authors say that while egg freezing can be a viable option for women who may wish to conceive in the future, they point out that the technology is new and untested.  They point out that women should be advised of all the options available to them including adoption and also living childfree.    The authors warn against giving women a sense of false security:

'The issue of false security is highlighted when planned OCis referred to as an ‘‘insurance policy’’ for future childbearing, raising a concern that women may rely too confidently on their preserved oocytes. This concern presupposes without basis that the women have other available options, such as immediate marriage or reproduction, that they will dismiss because of the cryopreserved oocytes.  To the extent the risk is based on a misunderstanding of the likely success rates
of planned OC, it is best addressed through education and informed consent. Physicians and those acting in concert with them should avoid overstatements that may invite or allow misplaced confidence.'

A recent article in the New York Times Modern Love section called: Modern Love: Don't Put All Your (Frozen) Eggs in One Basket  is one woman's story on how she became disillusioned with the fertility industry which encouraged her to see Egg Freezing as a way to 'preserve fertility'.

Like many women, the author, Ruthie Ackerman, was in a relationship with someone who didn't want children.  Although she had known from the start that her husband was sure that he didn't want children, she thought that her desire to have children would go away or that she would be unable to have children.   She suggested to her husband that she could perhaps adopt as a single parent and they could live apart but still have a relationship.  But that didn't appeal to him.

So she decided that she would freeze her eggs so that if, in the future either her husband changed his mind or that she left the relationship, she would have a 'back up plan.'  But as she explains, she didn't realise the odds were stacked against her.

'When I froze my eggs, I didn’t understand that “fertility preservation” (as many doctors laughably call it) has only a 2 to 4 percent success rate per thawed egg, according to my clinic, meaning more likely than not, my eggs would fail me.  Almost 7,300 women froze their eggs in 2016 and the market continues to soar. In 2019, that number has jumped to more than 10,000 women in the United States alone, according to FertilityIQ, a Yelp-like website for fertility clinics....

Yet so few women have tried to use their frozen eggs that success rates are unclear. What will happen when they try to do so, only to realize that the promise of fertility on their own timeline was always too good to be true?'

What Ackerman began to realise was that her relationship wasn't working but she thought that they just needed more time and, as she said, 'egg freezing offered the illusion that more time was possible.'

Within two years, she and her husband divorced.  She meet a new partner and then, in her early 40's she was able to try her back up plan.  But unfortunately, she wasn't able to get pregnant - as the doctor who was overseeing the fertility treatment said, 'Frozen eggs are always unpredictable'.

At the end, Ackerman said they are looking at alternative ways of having the family they want - perhaps through adoption and she feels that they have come to terms with this decision.

This week, writer Sophia Money-Coutts, wrote an article for the Times Magazine, Do I want a Baby? which also explores the issue of egg freezing.  Although she is far from sure that she would like a baby, she finds herself making appointments at fertility clinics.

Like many of my clients, Sophia confides how confusing it is when, for much of her life, she was told what a disaster having children would be  and then, all of a sudden, it is something you need to do RIGHT NOW.

'It feels particularly alien, this obsessing about egg counts and fertilisation, when we spend so many years trying desperately not to get pregnant....But then, somewhere in your late twenties, the see-saw tips. Seemingly overnight, the message switches from "Whatever you do, don't get pregnant" to "Do it sooner, rather than later!"

I see the huge appeal of freezing your eggs.  It can feel like you don't have to decide yet, you can give yourself time.  In the case of Ruthie Ackerman, it can allow someone to try to have a child with a new partner who also wants children.  Yet, as Ackerman points out the chances for her were actually very slim.  She reflects whether she would have actually dealt with the problems in her relationship sooner if she hadn't have had the false security of egg freezing.

As the American Ethics Committee pointed out in their paper, egg freezing is a medical and technological solutions to what often is a social issue saying 'It would be beneficial if workplace and societal norms evolved to achieve equality for women and obviated the draw of so-called ‘‘medicalization,’’ that is, the ‘‘tendency to seek medical answers to social problems’’   The decision that individual women are trying make is being done in a wider context where women are still expected to have children, where being child-free is seen as a lesser choice and where men are often absent in the whole decision making process.

There are so many questions raised by egg freezing, If the choice to be childfree was seen as a real and valid choice for women, would women feel the same pressing need to freeze their eggs?  What if we encouraged couples to have open and honest conversations about what both people in the relationship wanted in terms of having children? What if we allowed women the space to explore and make the decision about whether they want children or not earlier?  There are no easy answers but we need to start raising and exploring questions around our still narrow expectations about women and motherhood.