Encounter with a coaching skeptic 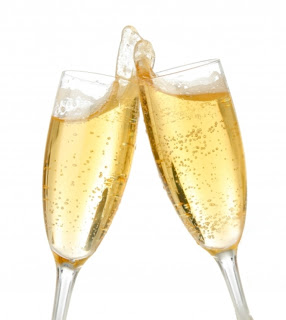 I attended a fantastic wedding this weekend. My friend, the bride was born in the UK but her family is originally from India.  Her husband is  French and the wedding party was a wonderful mix of people from different countries and cultures.  It reminded me why I love living in London - this beautiful diverse multicultural city where, for the most part, everyone gets on.  I always feel a sense of acceptance.... or perhaps it's benign indifference - from Londoners.  People don't bat an eyelid at people in eccentric or unusual clothes on the tube for instance.

Even so, it can be very difficult to explain the work I do and how stressful it can be for many of my clients who are struggling to make the decision whether to have children or not.   I was reminded of this when I struck up a conversation with a wedding guest who I didn't know at the wedding reception.  We were having a great chat - about London, about diversity, and about our mutual friends who were getting married.

Then we started to talk about what we do for work.  My new friend told me about her interesting work in the field of medical research.  She then asked about my work.  When I told her about my work coaching women who were trying to decide whether to have children or not, she looked very surprised and said forthrightly.

'Honestly, I think if someone needs a coach to help them with that question, then the answer is no surely?  Either you know or you don't know right? I didn't want kids and I haven't thought much about it.  I really think it sounds like something for people I would call the 'worried-well''

She still looked very skeptical and I plowed on.  Nothing I was saying was resonating very much until she made the point that it must be something that just effects a tiny minority of women as most of the world women are just having kids unless they can't.

'Ah, but that is because in many parts of the world, it's still not seen as a choice.  Think back to when our grandmothers were younger.  The idea that you could choose to be child free and decide not to have children was unheard of.   Now, we have made huge advances mainly down to the hard work of the feminist movement.  We have many more possibilities and choices.  But those choices have led to un-intended consequences.   Because we have choices, because we know that we can be in charge of our future, we can feel over-whelmed by making such a significant life choice.'

My new friend agreed with me on this point  and said she saw this was true very much in her family. but said she was still sceptical about the value of coaching. So, I made my final argument.

'Everyone has things that stress them out, fears that are blocking them from making a decision... something you find straightforward, someone else will find difficult or stressful.  We all have areas where we feel unsure and vulnerable.  I see my role as a coach to help people listen to their own voice of intuition - to be more confident in making the decision that is right for them.'

It was then time to toast the bride with champagne and we left our conversation to drink and dance the night away.   Perhaps she will still be skeptical  about coaching but I'm hoping she will have more compassion and understanding about friends and colleagues who she might meet who are worried and stressed about making the decision to have children or not.

Email ThisBlogThis!Share to TwitterShare to FacebookShare to Pinterest
Labels: coaching, Making the decision to have children or not