Will I fail at being a mother ? The ideal mother & the comparison trap 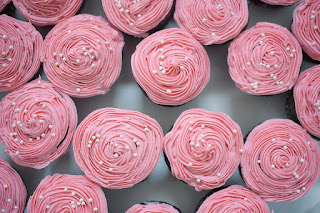 Image by Photos by Mahin https://pixabay.com/u

Are you haunted by images of the perfect mother?  Glossy hair, successful career and endless time to make cupcakes with their children?  Or maybe you remember the time and care your own mother gave you as a child but wonder how you could ever live up to her?

In 2019, images of  mother as both the domestic goddess and successful career woman are ubiquitous.  Women are exhorted to 'lean in' and embrace both motherhood and work.  At the same time, Daily Mail headlines warn that poor mothering is responsible for everything from obesity in childhood to their children's sexist behaviour.   Along with the pressure to live up to the image of the ideal mother,  the consequences of not living up to this ideal seem to be severe.

Naomi Standen explored this in her wonderful book What Mothers Do... Even When it Looks Like Nothing .  One of the causes of a phenomena of maternal ambivalence (where mothers of babies feel ambivalent about being a mother) is the disconnection between the idealised version of motherhood that is so present in our society and the reality that it is often boring, difficult, challenging etc.  Women report a huge mixture of emotions and feelings about being a mother that often do not match this idealised version.  This is particularly acute in mothers of children of a year or under where the demands of babies and in particular the lack of sleep and sleep deprivation, often put enormous strain on mothers - both the physical strain but also the feeling of failure that one is not living up the image of beatific mother earth mother hood.

“Babies of around one year old are often active by day and wake frequently at night, for no obvious reason. Then a mother can feel desperate for sleep yet equally desperate to comfort her baby when he needs her at night. I have spoken to many mothers who have sacrificed their own sleep, waking up numerous times every night because their babies cried for them. It seems terrible that these hardworking women think of themselves as failures as a result. Surely a mother who has chosen to sacrifice her sleep deserves respect and admiration for her generous mothering.”  Naomi Standen, What Mothers Do

Many of my clients come to me expressing their belief about motherhood as a black and white polarity.  On one side is the ideal mother.  She is fulfilled, successful, calm, present for her children, able to juggle work and do the domestic chores.  One the other side, is the failing mother.  She is a mess, chaotic, not able to cope with the sleep deprivation of having a new born and, she lets her children down.

The fear of being a failure as a mother who lets her children down that can haunt women trying to make this decision.  Often I've heard from my clients that it is this fear of failure that most worries them and causes them anxiety.  When we unpick this fear and look at it closely, we find that the client often has an inner saboteur (i.e. an inner critic) that is very harsh, that is constantly encouraging the client to compare herself to the ideal mother.

So, how can you address this fear and escape the comparison trap?

1.  Take 15 minutes to write without stopping about what your saboteur has to say about how you could never be an 'ideal mother'.  Let all the negativity out on the page.

2.  After doing this, take a moment and shut your eyes.  Imagine the saboteur in the room and then imagine you can do something to reduce it's power and silence it's voice.  Perhaps you sprinkle water on it and it shrinks.  Or you could imagine throwing it out the window!

If you are stuck in the comparison trap and trying to decide whether to have children or not, it's so difficult to see a way forward.  By challenging the voices of the saboteur that seeks to make us feel inadequate, we can start to break free of the trap and be able to see our decision more clearly.

We may still decide not to have children - it may not be the right thing for us but by acknowledging we don't HAVE live up to an unrealistic image of the ideal mother, we can know that we are making this decision from the best possible mental place that we can.