Would you (and your relationship) be happier without children? 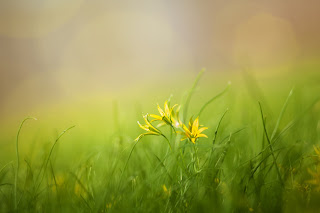 There has been lots of buzz in the press during the last few weeks about research showing women without children are happier than women with children or a spouse. (see Women Happier Without Children)  Paul Dolan, who has been writing and speaking on this issue was referring to the American Time Use Survey 'which compared levels of pleasure and misery in unmarried, married, divorced, separated and widowed individual.'  Despite the media focus on Dolan's work, there have been some critiques of Dolan's assumptions and reading of the data such as in this article here: Happiness and Academic Malpractice  .

This article published on the Institute for Family Studies website looks closer at Dolan's assertions;
Are Married People Still Happier?

'Consistent with prior research, parents are a little less happy than non-parents, provided they are unmarried. In addition, the results don’t look that different when limited to female survey respondents ....Children increase unhappiness a little more for separated/divorced and never-married women, likely in response to the challenges of being a single mother.'

There was a more developed piece of research  on a related topic of how having children impacts on a couples happiness  published a few years ago called Parenthood and Levels of Marital Satisfaction
At the beginning of the article, the authors set out the context of their research:

'In contrast to previous historical eras, individuals today have an unusual amount of freedom to decide if and when they will have children and how many they will have. In many cases, this is a mutual decision reached between marital partners. In making this decision, couples some- times consider an important question: "How will children affect our relationship?" Folk wisdom suggests that babies bring couples closer together, and some couples name greater closeness as a reason for having a baby (Brinley, 1991). Unfortunately, some scientific research suggests that couples actually grow less satisfied with their marital relationship after having children (see Belsky & Pensky, 1988, for a review). Others may argue that children will have no effect (that an unhappy marriage will remain unhappy, and a happy marriage will remain happy)'

They explore reasons why the transition to having children might decrease happiness within a marriage.    As they point out, having a child can significantly change usual routines such as sleeping patterns leading to tiredness and stress for new parents.   They also mention ways that traditional gender roles put more expectations on women and more of the work of child-care.  As I've mentioned here on the blog before, these traditional expectations cause many women who aren't sure if they want children to worry that they will be trapped and lose their identity if they become mothers.  There fears are often confirmed when they see friends and colleagues who are bearing the brunt of child-rearing.

The addition of children to a family can lead to a reorganization of social roles along traditional lines. This is especially true for women, who are often expected to take on a primarily care giving role for the child. The father also may be expected to take on a greater bread-winning role than before. A problem arises when the couple does not desire traditional roles. Women, for example, may give up or downgrade their professional roles for the sake of their care-giving roles. The result may be more power for husbands (who now are the significant or sole breadwinners; Feeney et al., 1994). Women also may experience some psychological stress as they see themselves primarily in a care-giving role, especially if they are accustomed to a professional role.

One of the interesting aspects to this research is that at the end, the researchers say that they do not wish to dissuade people from having children. Rather, they hope that people are able to identify the potential stress points that having children bring.  In doing, so they may be able to address some of the potential problems before they arise.

I completely agree with the researchers as this what I do with my clients.  I work with my clients to explore what their fears or anxieties about what having children are.  And then, we look at what strategies could they (and their partners) implement to make these things less likely to happen.   If my clients identify some real solutions, they can find they are more drawn to the option of having children.  If they do this and still don't feel the desire to have children, it can confirm to the client they would rather be child-free and will allow that client to embrace that choice... without worried that they are being held back by an internalized fear or anxiety.

I'm hoping to explore this topic in more depth later this month - I'm particularly interested in the topic of how we measure happiness, particularly when it comes to having children or not.  I'll see what research I can find and report back!


Labels: being in a childfree relationship happy marriage 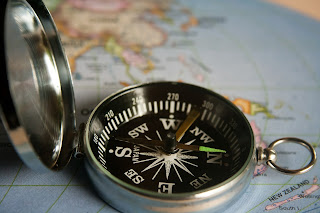