Will I regret not having children when I am older? 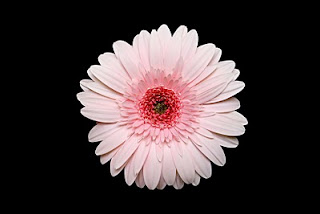 This article on the NYT blog was posted last week. Entitled 'Aging without Children'
it explores the issue of what happens if we don't have children when we get older.

This is often a fear that my coaching clients speak about when they consider not having children as an option. Although traditionally, not having children was an indicator that you would have a higher chance of ending up in a nursuing home, researchers today argue that in today's world, this is not so relevant. This quote from the article says:

“The popular idea was that without children, you’d be in a whole heap of trouble,” Dr. Silverstein said. “But there’s not a whole lot of empirical evidence showing that.” Even among those childless and unmarried, “we didn’t see any indication that their unmet need was higher.”

In fact, in the national sample — which comprised 2,048 observations of 1,456 respondents from 1998 to 2004 — nearly 90 percent reported being happy and enjoying life. Among non-parents, this “positive affect” was higher still.

So it’s a mixed picture, and it’s likely to change again for baby boomers, who have much higher rates of childlessness. In the U.S.C. sample, about 14 percent were childless. Among boomers, Dr. Silverstein estimates that 20 to 25 percent are not parents (some estimates run higher), and they’re more likely to be childless voluntarily. They may have other sources of care in old age: more developed social networks, for example, or better access to paid caregivers, as women have become better educated and earned more.

“The boomers will be so different in so many ways, it’s hard to project,” Dr. Silverstein said.
Posted by Beth at 16:05

Email ThisBlogThis!Share to TwitterShare to FacebookShare to Pinterest
Labels: will I regret not having children when I'm older

Yes, it sounds difficult. One place to look is to try to find other friends your age who also don't have children. I wonder if you could set up a social group for women who don't have kids either?

I am 48 and in a unique position to write about this topic. That is because I have been on both sides. Until my early 40s, I was anti-kid in every sense of the word. I did not want to lose my independence nor did I think that having kids just so that you are not lonely in your old age was a silly reason to have them. But that all changed when I had a surprise pregnancy. Unfortunately, my beautiful son only lived 2 days. But that was enough to change me forever. My dad used to say that family is what life is. And I always discounted it because after he said that, he would make another one of his usual chastising comments that had to do with me wanting a different life. But you know, as much as I hate to admit it, he was right. if I could have it back, I would not miss out on the most beautiful, fulfilling thing you can do in life -- give life to another. My advice is: don't think too much about it (I mean don't overthink this). Because you can think yourself out of anything. And I would hate to have you deeply regret it like I do. If I could be convinced, anyone can.

Thanks Nina for your comment. I tend to believe that whatever decision we make, whether to have kids or not, we can lead a fulfilling life. I think however when we haven't really explored our decision or have taken one path without really pro-actively choosing it when can feel regretful. An example I've heard are from older mothers of grown up children who had children because that was what expected of them - and they didn't feel they made that choice positively, but to fulfill expectations. I have woman clients now who are struggling with the decision because their mothers have warned them against having children or who have always said what they had to give up for it.

So I really believe in making whatever choice you make from a positive place - having explored the options. I have worked with woman who have feared that having kids would mean that they lose their independence and when we did some polarity work - ie. explore the polarity of independence vs connection then they have often realised that they can have both the positive aspects of independences (albeit in a different way) with the positive aspects of connection. And then, the decision to have a child doesn't look so scary or unpalatable.

Nina, I'm sorry that you lost your baby.

The reasons for choosing not to have children vary a lot. In your case (Nina) you didn't want a child because you were worried about losing your independence... you were the only affected in the equation. You weren't selfish, because at the same time you knew it isn't ethical to have a child to secure your older years.

But, my conflict is different, I do wish to become a mom, and I'm not really afraid of giving up my independence. The problem is, I feel guilty for wanting to have biological kids, and I'm not sure I should bring children to this world.

I'm afraid my kids will suffer, and when I try to find good reasons to have biological kids, all seem somewhat selfish: having a family, enjoying my kids, raising them in a way I believe is right, and passing a bit of myself (through genes), etc. It would be better to adopt, but ironically, many people (including me), "crave" a biological child. Not everyone is willing to adopt, although it is a beautiful act of love that can save a child. Willing and wanting to love a child regardless seems more unselfish.

I think how over populated our world is, how we are destroying our environment, about pollution, about poverty, etc...

At the end of the day, I'm afraid my kids will get to be 50 years old and suffer because we have polluted this place so much. I'm afraid there won't be as many resources for everyone. I'm afraid about them suffering for their own kids.

Sometimes I wonder if in this day and age having kids is ethical? It sure is a blessing, but besides blessing my life and satisfying my craving for a little one in the family, shouldn't I make sure this world will be good enough for him/her?

You have thought all of the same thoughts I have had. I, too, worry about the future of our planet and what our children's lives will be like. I also wonder if I'm being selfish bringing someone into this world who won't have a father (I'm single). And I wonder if I'm going to ruin myself financially by doing this.

But even with all of those negatives, I can't help but think that the rewards of having children would be so amazing as to outweigh all of those negatives. I can't imagine living the lonely life I'm living for the rest of my life. I want someone else to fill it. The "right" thing to do would probably be to not have a child, but it makes me so sad to consider it.

I wonder if I'm being selfish by bringing a child into this world who won't have a father (I'm single). And, like "justdoit", I wonder about the future of our planet and if this will be a nice place to live.

I crave having children; I can't imagine feeling this lonely for the rest of my life - there is a hole there that can't be filled by friends.

It's such a hard decision to make. And I don't want to have regrets.

Hi All,
We put it off cause we were very unsure. One day we looked at each other and realised we wanted a little one. All was on schedule and i went off my birth control and then we realised it wasnt financially viable and we would wait another two years. Problem is, i am 36 already and dont want to risk there been problems with baby. I am also finishing my studies in the next month. I know myself too well, i will go back to work in Jan and throw everytging into work, and not make time for a pregnancy, which i have been doing for the last 3 years. Unfortunately, my line of work involves travelling and major stress. 2 years is too risky for me, from a health perspective so I am gonna decide to not have a baby. I am sad, but realise its for the best. I however dont want to be on birth control either any longer because of the headaches it gives me. Question is, will my gynea tie my tubes or will he say I am still too young? Ironically, i have to arrange my the baby shower fo my brother's first baby, and while i am happy for them, i cant help feel sad for me. Anyway, thanks for listening.

Thank you littleearthquakes for sharing. It sounds like it would be good to have a talk with your doctor about all the options for birth control.

One thing that some women decide is to not have a child of their own but have an intention when they are older to do something like foster parenting. This can be very rewarding and doing this when you are older could be satisfying and help give a child (or children) a great start in life while keeping you connected to a younger generation.