How will becoming a mother affect my work/career 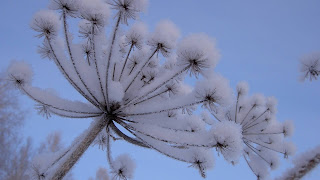 One of the concerns women my have about deciding to have children or not is whether having a child would have a negative impact on their career.

Research  carried out by scholar Heather Boushey published in the  journal Feminist Economics, Opt Out Revolution? New Evidence to the Contrary: (January 10, 2008), suggests that the conventional wisdom for women leaving the  labour market due to having children may not be correct.

Boushey shows that the number of women leaving jobs to take care of children has decreased dramatically over the past two decades. She points to changes in the labour market, not children,as a cause for somewhat lower rates of women in the workplace more recently.  Using data from a nationally representative survey of the US population, the Current Population Survey’s Annual Social and Economic Survey (ASEC) from 1979 to 2005, Boushey did not find any evidence of an increase in opting out. In contrast, she finds that especially for women with a high school or college degree and for single mothers, “the estimated marginal effect of having children at home has decreased
sharply over the past two decades.” She finds that the ‘‘child effect’’ on women’s  employment has fallen since the end of the 1970s from 21.8 percentage points in 1979 to 12.7 percentage points in 2005. (Source: Green Parenting Blog January 2008)

So all is not lost for working mothers.  Many women successfully combine working  with having a family and there are many role models of women who have combined having a family with a successful career including: Louise Bourgeois (Artist), Nicola Horlick (Business Woman), Harriet Harman (Member of Parliament) and Kirsty Wark (Television Presenter).

Email ThisBlogThis!Share to TwitterShare to FacebookShare to Pinterest
Labels: Career, how will having a baby affect my career