Is egg freezing a solution to the baby decision? 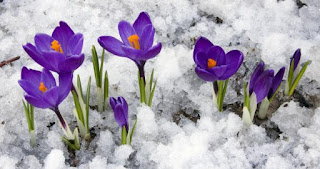 As the technology for egg freezing has improved, more and more women are seeing egg freezing as a viable ‘insurance’ policy just in case their partners never agree to have children and the relationship breaks down. One of my interviewees (Emma) for my book Baby or Not,described how she was considering this as an option, but she was worried that the technology was too unproven and she might be paying a lot of money with no end result.

A couple of years ago, there was much publicity on the decision of companies who said they would fund the cost of women employees who wanted to freeze their eggs.  At the time, I was asked to appear on a BBC radio discussion on the issue and  I wrote about many of my concerns  is a blog post Tech Companies Pay Women Employees to Freeze their Eggs

It’s difficult to judge how effective egg freezing is – some experts such as childcare guru Miriam Stoppard have expressed concerns about the effectiveness of the procedure.  If this is something you are interested in, do find out as much as you can from independent sources (i.e. not from companies offering to collect and freeze your eggs).  A good and impartial source of information is the Human Fertilisation and Embryology Authority who describe themselves as “the UK's independent regulator overseeing the use of gametes and embryos in fertility treatment and research.”  Their website has a wealth of useful information and resources.

There have been women who have benefited from egg freezing and when I discussed this issue a couple of years ago on my blog, a reader wrote in to say how much freezing her eggs benefited her and how, if women didn't do this, they might regret it later

In London at the end of this month,  there will be a pop-up exhibition called Timeless which explores the problematic issues behind the current trend to promote egg freezing to women.  The organisers say that:

Timeless is a fictional beauty brand created to unlock the facts around egg freezing whilst also raising public debate on how these advances in biomedical science may impact on the world of work, relationships and wider society.

Could it be as revolutionary to women’s life choices as The Pill? Or, it could become yet another social expectation that reinforces the message that women are solely responsible for fertility?

'Timeless aims to remove some of the taboo that surrounds reproductive issues, encouraging women – and men – to have informed conversations about an area of life that affects us all. This project is working with expert advisers from Guy's and St Thomas' Hospital, The Oxford Fertility Unit, Progress Educational Trust and The London School of Econmics and Political Science.'

I think these are really important questions - as regular readers of my blog know, I feel it's extremely important for the issue of reproduction, having children and seeing the choice to be childfree as a positive one to be broadened.  It's also imperative for wider conversations that also taken into account the role of men and male partners in the decision.