Having Children Later in Life 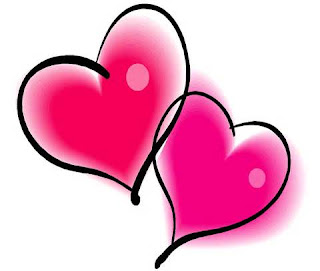 As many women and men delay making the decision to have children or not, one of the fears I hear from clients is whether it is fair or desirable to have children later in life.   One of the women I interviewed for my book said:

'It's getting to the crunch point... I'm 42 and my husband is in his early 50's.  He really worries about being an older dad.  He doesn't think he will have the energy.  And I am aware that it's not ideal for me to be having a child now.  I do feel that, although I know I will have less energy and I know that I will be the mother of a teenager when I am nearing 60, I also feel like I am very established now.  I have a good career, we have secure finances.  And, more importantly, I feel like I've done everything else I've wanted to do - I've been a night owl, I've travelled extensively.
When I was younger, I felt like I would be giving up too much.  But now, I feel that I won't be missing out on anything if I do have children.'

When I was researching this blog post, I came across a number of very negative articles on older parents which contained a number of judgements against having children later in life.  A common one is that it's not fair on children who have older parents - mainly due to the embarrassment factor of having an older parent AND due to the fact that an older parent is more likely to die earlier in their child's life. I can speak from personal experience.   My partner is 20 years older than I am and he is often mistaken for my son's grandfather.

And yes, this can cause some embarrassment.  My son is also more aware of his father's mortality and is likely more aware of the possibility of the death of his father than he would if his father was younger.    And, I do think in many situations children have to face embarrassment and worry about their parents - no one is immune.  I did find this excellent article Me and My Old Man which interviewed adult children about growing up with a father who was significantly older than parents of their peers.  This is a lovely quote from the piece which very much sums up my thoughts.

'For all the fuss about older parents, age is just one risk factor when it comes to life and death. No parent can honestly promise to be there for his or her child, regardless of when they conceive. I watch my cousins and friends who have lost fathers younger than mine, and I feel guilty, and grateful, that he is still here. I think my dad does, too. But they also show me that the relationship between father and child cannot be measured in years spent together. That’s not how love works.'

There has been much less written about older mothers - a few years ago I reported on a study about older mothers  in a blog post Women Feel Judged for Leaving Having Children Till Later in Life. I'm on the lookout for any other articles or research on older mothers and hope to write more on this subject soon.