Egg Freezing - is it the answer? 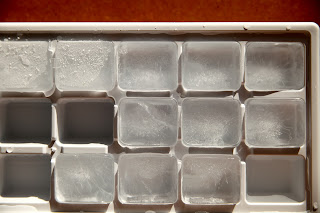 Last week on the BBC Women's Hour, there was an interesting discussion on the current time limitations on holding your eggs in storage.   Jenni Murray, host of Women's Hour talked to Dr Kylie Baldwin, senior lecturer in medical sociology at De Montfort University, Carolyn Payne, who went through the process ten years ago and Professor Robert Winston. Professor of Science & Society at Imperial College London.

Carolyn Payne talked about the reasons behind her decision which was to relieve her anxiety about her biological clock.  In the end, she didn't use the eggs as she had one child naturally.  But she had a number of miscarriages before she had her child and having eggs frozen had given her reassurance that she had options.

All the guests felt that the time limitations should be removed to give women more options.  However,  some of the guests had reservations about egg freezing generally.  Robert Winston said that there had only been 4100 eggs thawed to use but only 93 pregnancies and only 41 live births.  Robert Winston felt that there was not enough research into whether there was more a likelihood of miscarriage with egg freezing.

Dr Kylie Baldwin confirmed that it is very difficult to get the confirmation about the number of live births from frozen eggs.  She recommended that women be encouraged to freeze their eggs at a younger age when the eggs are more likely to be viable. The other key point made by Winston is that the egg freezing industry is very much driven by money.

However, Carolyn Payne felt the procedure was empowering as she felt she was taking control of her fertility and extending her choices.  Although it cost her a great deal of money, for her it gave her peace of mind.

I've written on this blog before about some of my reservations about egg freezing in this post Is Egg Freezing a Solution to the Baby Decision?

If you are interested in hearing the Women's Hour Programme you can listen by clicking on the link below.   The recording will be taken down within 30 days so if you click on it after June 2018,  https://www.bbc.co.uk/programmes/b0b2gsn4/segments

Email ThisBlogThis!Share to TwitterShare to FacebookShare to Pinterest
Labels: Egg freezing, should I freeze my eggs?