The Royal Wedding: Intrusive Specutation Faced by Couples on Their Baby Decision 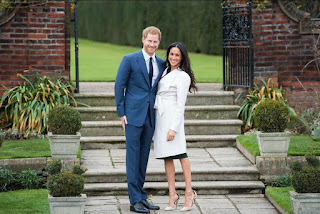 It's the Royal Wedding week here in the UK and the excitement over the impending wedding of Megham Marklet and Prince Harry is reaching a fever pitch and street parties all over the country are planned.

Yet, even without the press intrusion that Meghan and Harry face, other people's opinions and thoughts can be very uncomfortable for couples.

'Even before we got married, friends and family were asking me when we were going to start a family.  It was uncomfortable as neither of us were sure that we wanted children in the first place.  Once we got married, the assumption seems to be that the next step is to start a family.  And when people say start a family, they mean having kids.  I feel like we are a family now - me and him and also our extended family.   We still might decide to have children but it's easier when people aren't always trying to pin us down and get an answer.' (Janet, woman interviewed for my book Baby or Not?)

Janet, whom I interviewed for my book,  points to the problem. Despite the progress we have made, despite the fact that non-traditional relationships like lesbian and gay marriage are now mainstream, we still see having children as a necessary step in building a family.

What would it be like if Meghan and Harry decided not to have children?  You can imagine the headlines - the shock!  Yet, if a couple feel that they have a full and happy life and if they have other ways they want to bond and grow as family, why should they face intrusive questions?

Another issue - of course - is the pain faced by people who do want children but can't.  Many people who are childless not by choice report how painful it can be to face questions about when they will have children or why they don't have children.

We need to have more sensitively as a society to the myriad of situations that people find themselves in.  I wish Meghan and Harry well and I hope after they get married they don't face endless speculation in the press.

Email ThisBlogThis!Share to TwitterShare to FacebookShare to Pinterest
Labels: couples making the decision to have children or not