Having a Baby on Your Own: An Excellent Choice 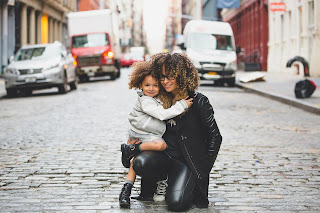 Being single is one of the main reasons women have children on their own.  Sometimes, as I explored in my last blog post, it is because you just haven't met your 'one and only'.  Often, clients come to me who have been (or who are) in relationships with men who don't want children.  It can be a painful process deciding to have a child on your own.  For many of my clients, there is a period of necessary mourning that people need to go through.   If you've always had a dream of having a child in a relationship, it can be painful to consider having a child on your own.   But more and more women are choosing to have a child on their own as a single parent.  And for many women, this is a positive choice.

Today, I'd like to look at an article written by Emma Brockes called 'Going it alone: Why I chose Single Motherhood' This is an extract from her recent book:  An Excellent Choice

It's a fascinating story which I think illustrates many of the dilemmas for women who are thinking of having children.  Her story holds both universal truths that will resonate for many women with the unique and specific situation she found herself in.

Unlike many women in this situation, Emma did have a partner, a woman who had decided to have a child on her own.  Says Emma:

'She was three years older than me and told me from the outset that, in the near future, she was planning on trying to get pregnant. Logistically, this made sense; it would be madness to forestall while we flapped about for another two years trying to decide what we were doing. Emotionally, however, it stumped me. According to every relationship model I knew, you could either be with someone who’d had kids before you met, have kids together and separate down the line, or split up and have a baby alone. There was no such thing as being with someone who had a baby on her own. It sounded like a terrible deal: all the stress and anxiety without the substance of motherhood.'

Her partner went ahead and had a baby.  And Emma, was still in a relationship with her and, of course, was close to her child... but was not in the role of mother.  As she explains in the article,

'I also didn’t want to “help” another woman raise her baby. Unless I was Mother Teresa (I’m not), the only way it would make sense for me to stick around in the event of L having a child was if our relationship became a more conventional union, or if I had my own baby independently, too.'

Emma describes the long and difficult process of IVF which in the end is a success and she has twin girls. Her partner has a son and ultimately, they start to look at a solution to how they can maintain their independent family lives but support each other and their children.  I love the solution that they come to at the end of the article!

Email ThisBlogThis!Share to TwitterShare to FacebookShare to Pinterest
Labels: choosing to be a single mother