Sacred to be a parent? 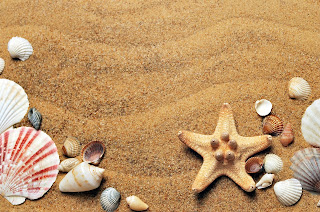 I've had a great break from work for much of August and, as you can see, I haven't written much on my blog this summer.  Instead of focusing on my coaching work,  I've hugely enjoyed visiting friends and family in Canada, Maine and also in the North East of England.  And now, it's September - and I like, many of you have that back-to-school feeling, feeling raring to go!

As I was starting to gear up towards the end of my holiday last week,  I was more than extremely pleased to an article Sacred to be a parent? in the New York Times a few days ago! It featured the wonderful Ann Davidman and Denise L. Carlini,  who, like me, specialise in working with women who are making the decision to be mothers or not.  At the beginning of the year, I reviewed their wonderful book The Motherhood Decision and I've had discussions with Denise when she has visited London over the years.

Ann and Denise are indeed pioneers in the work having started exploring and working with women over 27 years ago.   When I started Ticktock Coaching over 10 years ago, I didn't actually know what Ann and Denise were doing and it was in the last few years that I became aware of their work.  Mainly I think the development of on line tools and communication has increased our knowledge of the other people working in the field.  It's also given people more sense of the support they can get and also, that other people are experiencing similar ambivalence and worries.

A statement that resonates so much with me is this one that Ann makes in the article.

'While society has come a long way in accepting those who are child free, those who counsel these undecideds say there is a tremendous amount of shame people feel for not knowing. “Society doesn’t like ambivalence,” Ms. Davidman said.'

I think this is very true.  Women who come to me often come to coaching on the baby decision feeling embarrassed they they still don't know what they want. Many times they report that they have been scolded for not being able to decide.  One of the most powerful things that coaching,  counselling or other forms of support women will turn to in to help them make the decision is the release of shame and embarrassment.

If you've spent this vacation period or holiday time holding on to those feelings, maybe it's time to find some support - use the September back-to-school feeling to propel you to get in touch with someone like me, Ann, Denise or another practitioner (or book) that might reassure you that you are not alone and that you can make the decision!

Email ThisBlogThis!Share to TwitterShare to FacebookShare to Pinterest
Labels: making the decision whether to have children or not